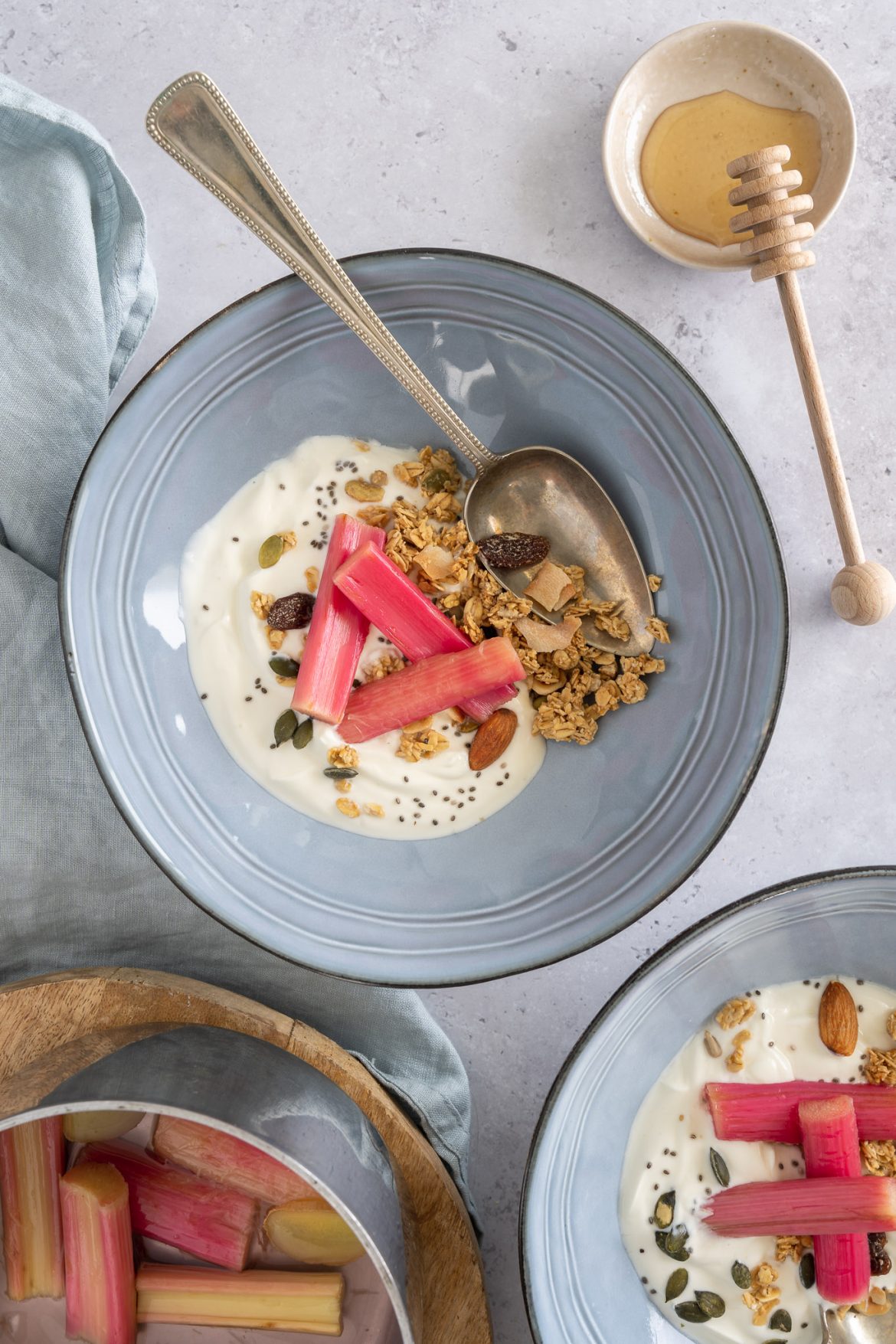 Poached rhubarb served with Greek yoghurt is a great breakfast recipe. Poaching the rhubarb prevents it from falling apart, while keeping all the flavour.  Adding a piece of fresh ginger to the poaching liquid complements the rhubarb beautifully.

RHUBARB, IS IT A FRUIT OR A VEGETABLE?

Because rhubarb is used in many sweet dishes, such as rhubarb pie, it is often considered a fruit. But these beautiful pink stalks are actually a vegetable. I love the tangy, sour flavour of rhubarb. You can either cook it down, to make a rhubarb puree or chutney, but you can also poach rhubarb. This way the vegetable holds its shape.

There are many spices that you can use to flavour the poaching liquid. Whole spices work really well, like cloves, green cardamom, star anise, vanilla or a cinnamon stick. Ginger gives a nice heat to the sugar syrup. I serve this delicious breakfast with some creamy Greek yoghurt and granola for some added crunch. But you can serve the poached rhubarb on other things as well, like ice cream or oatmeal porridge. Enjoy! 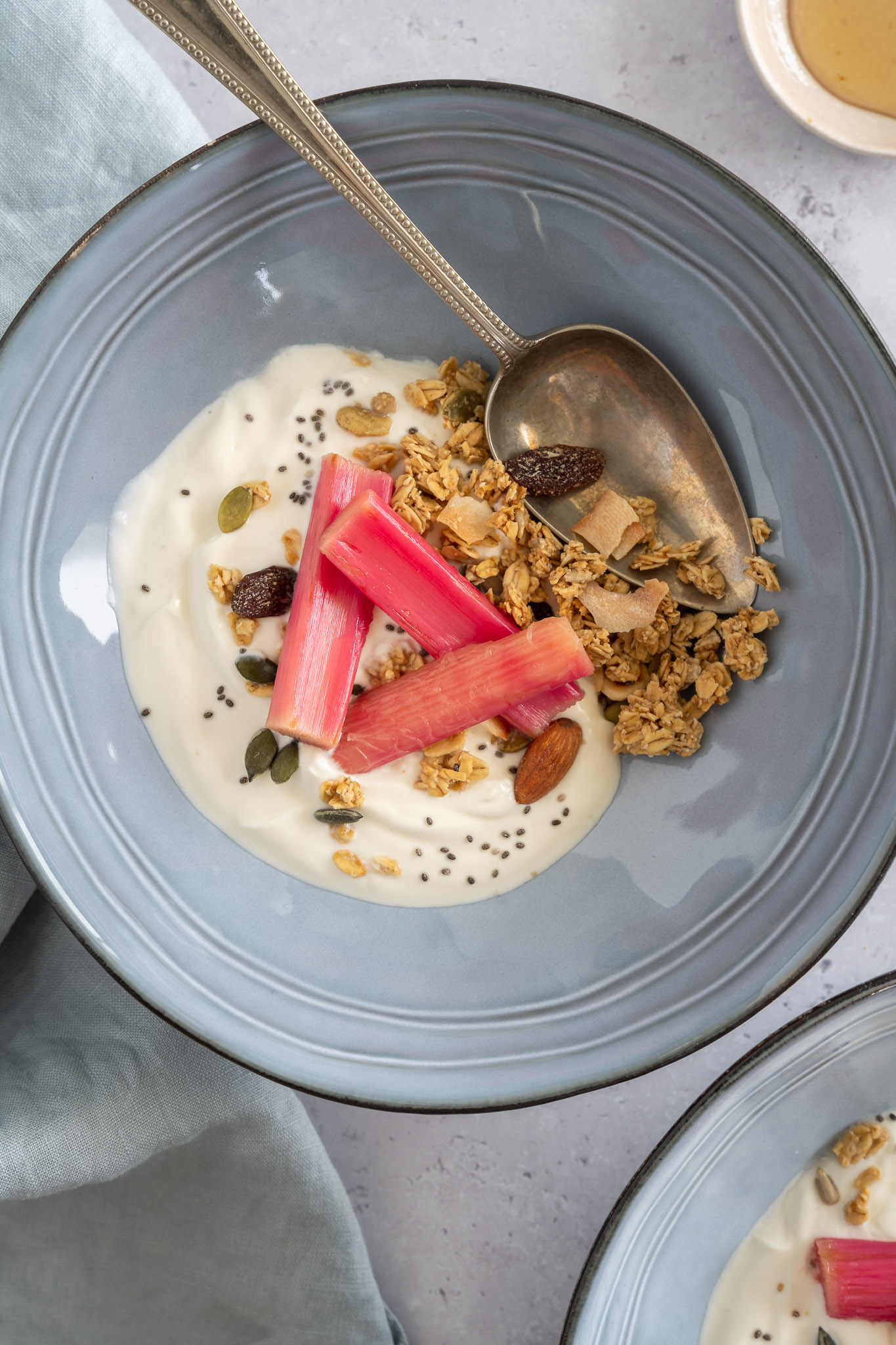 I’d love to see your beautiful creations so don’t forget to tag me on Instagram or Facebook! 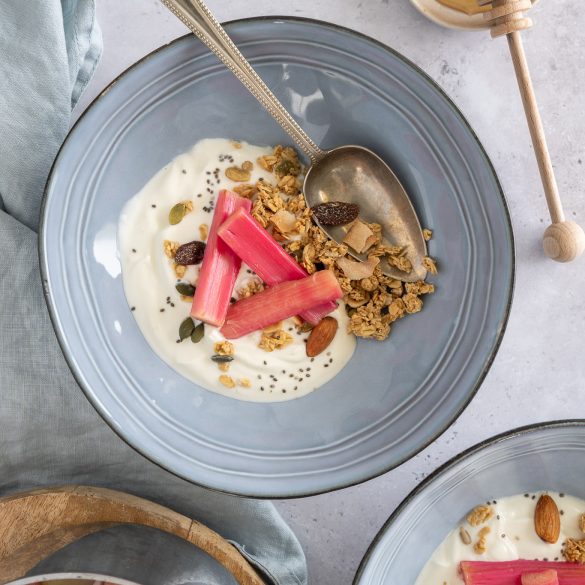 Try adding other whole spices to the sugar syrup, like cloves, green cardamom, star anise, vanilla or a cinnamon stick // Some lemon or orange zest also pairs really well with rhubarb//Serve with some extra honey

This website uses cookies to improve your experience. We'll assume you're ok with this, but you can opt-out if you wish. Accept Read More